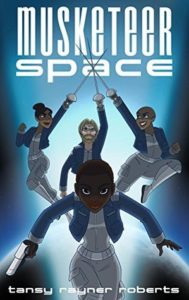 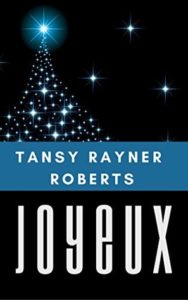 “I haven’t got a blade. I haven’t got a ship. I washed out of the Musketeers. If this is your idea of honour, put down the swords and I’ll take you on with my bare hands.”

Dana D’Artagnan longs for a life of adventure as a Musketeer pilot in the Royal Fleet on Paris Satellite. When her dream crashes and burns, she gains a friendship she never expected, with three of the city’s most infamous sword-fighting scoundrels: the Musketeers known as Athos, Porthos and Aramis.

Even as a mecha grunt, Dana has a knack for getting into trouble. She pushes her way into a dangerous political conspiracy involving royal scandals, disguised spaceships, a tailor who keeps getting himself kidnapped, and a seductive spy with far too many secrets.

With the Solar System on the brink of war, Dana is given a chance to prove herself once and for all. But is it worth becoming a Musketeer if she has to sacrifice her friends along the way?

MUSKETEER SPACE is a gender-swapped, thoroughly bisexual space opera retelling of Alexandre Dumas’ classic novel The Three Musketeers, which was originally published as a weekly serial on the author’s website.

I’ve been meaning to read Musketeer Space for a long time, I am not a serial reader so I patiently waited for it to be available in ebook. And then I sat on it for a long time, because I realised I didn’t want to *finish it* and not have it to look forward to. And then I got to the last year of my midwifery degree, and it seemed like the ‘perfect’ time I’d been waiting for had arrived.  I felt haggard and overwhelmed, overwrought, and desperately needed comfort reading – and this delivered everything I needed and wanted at the time in plentitude.

I am unfamiliar with any of the original translations of The Three Musketeers, and I’ve really only seen the Disney movie version. But despite this I’m familiar with the high notes of the story and I loved the way that Tansy’s retelling used these, made them so familiar and yet, completely new. If ever there was a historical tale that was suited to being recast into space opera it’s this one – what a brilliant fit! Adventure, duelling, romance, political intrigue, war and danger at every turn, space battles! This book was glorious, I wholeheartedly loved it.

Meeting Dana was fantastic, I adored her from the outset! All ambition and shiny hope! Naivety and hunger for adventure! My heart went out to her as the reality of things crashed down around her, but also relished her learning curve and resilience, plus her determination. I also loved the friendship between the musketeers, I appreciated how well I got the sense of their longtime friendship and commitment to one another very early on. Plus, I thought the way in which they befriended Dana was very true to their personalities and made sense, I absolutely bought into it hook, line, and sinker and let myself be completely swept away in the story.

I loved the political intrigue and the way in which covert romance and politics, gendered and cultural played into the telling of the story. Tansy did a magnificent job in the complexity here, painting it into a space opera setting but retaining what elements needed to be familiar, and yet managing to create a new vision that was indulgent and entertaining for the reader. The unfolding of the plot was varied, I loved the way the pace differed depending on the tension and I loved that while it was very character driven, this was not at the expense of the plot or vice versa.

Every so often as a reader you have the rare opportunity to read a novel like Musketeer Space that truly speaks to you and moves you, a book that seems to give you every heart’s desire and fill you to the brim with emotion. Musketeer Space is a spectacular book and I can’t recommend it highly enough.

There’s mistletoe growing out of the walls, it’s snowing inside the space station, and a sex scandal is brewing that could bring down the monarchy. Must be Joyeux!

Joyeux on Paris Satellite is a seven day festival of drunken bets, poor decision-making, religious contemplation and tinsel. But mostly, poor decision-making. Athos and Porthos aren’t going to sleep together. Aramis is breaking up with her girlfriend because it’s that or marry her. Athos is not ready to deal with the ghost of his ex-husband. Oh, and no one wants Prince Alek to break his marriage contract by hooking up with a sexy Ambassador…

It’s down to the Musketeers and the Red Guard to save the space station and the solar system from disaster. So… that’s not going to end well.

This novella is a festive prequel to Musketeer Space, a genderflipped space opera retelling of The Three Musketeers by Alexandre Dumas.

I saved this novella to read during the holiday season specifically so I could enjoy it’s festival gaiety at the same time that I was. I loved this adventure, it was short and sweet and I loved getting a sense of how the musketeers became so close. As in, even in this prequel story it’s well established that they are close and operate closely as a unit, but it also gives depth to that closeness and further layers the intimacy between them with the unexpected sharing of secrets.

Again, I loved that it was plotty, but still character driven – emotionally rewarding and entertaining. I loved the politics and the romance as always, and having this end just before the events of Musketeer Space felt awesome. This was a quick and joyful read, including all the best bits I enjoy about the holiday season and making fun of all the things that can be so annoying about this time of year. I adored it! You can read this as a standalone novella without having read Musketeer Space I think, but I also think that having read both that there’s definitely extra to be gained being familiar with both.