One of those times where I bundle reviews together because it fits better. 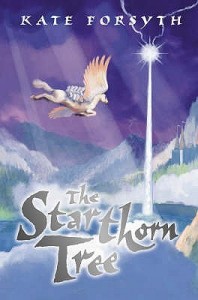 The kingdom of Estelliana is troubled. The young starkin count is trapped in a cursed sleep, and not even the light from the Astonomer’s Tower, built from precious glass by the bound hearthkin, can rouse him.

I fell into this book and didn’t surface again until I’d read all three in the series. I loved the characters, loved the world building and the story that they told together. I was especially charmed by the goats in this book, I thought they were absolutely adorable and I loved that they too got to be heroes. Adventure, magic, mystery, fighting against the odds, friendship, a kingdom in peril, hints of romance – this book has them all. It’s clear this book is setting up a series, but it’s also self-contained and ties up nicely at the end – but lingers with a sense of, the job isn’t done yet, there’s more to come.

I read this right when I was fatigued from pretty much everything and it reminded  me how much I love reading and of imagining. This is not a heavy book, that’s to it’s credit – it’s not a book that’s all fluff and no substance either, it’s satisfying on an emotional and imaginative level to read, delivers everything it promises and doesn’t tie you into knots in the process. This is escapist fantasy and it’s marvellous. 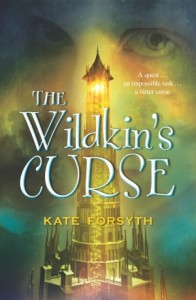 “Three times a babe shall be born,
between star-crowned and iron-bound.
First, the sower of seeds, the soothsayer,
though lame, he must travel far.
Next shall be the king-breaker, the king-maker,
Though broken himself he shall be.
Last, the smallest and the greatest –
in him, the blood of wise and wild,
farseeing ones and starseeing ones.
Though he must be lost before he can find,
Though, before he sees, he must be blind,
If he can find and if he can see,
The true king of all he shall be.”

Merry, Zed and Liliana – three children born between those of hearthkin blood and starkin blood – are on a perilous quest to the Palace of Zarissa. Amid the splendour and treachery of court, they watch and wait: planning the rescue of Princess Rosalina, held captive in the dazzling Tower of Stars.

And as their pasts and presents unfold, their destinies become clear.

I rather love fantasy stories involving prophecy, and also those that continue a story with characters that descend from those who appeared in the first book. The Wildkin’s Curse does both of these things, and does both of them well. I love the nature of this quest, I love how the characters meet and come to appreciate one another – also how they balance and temper one another for the quest. This story involves much more political intrigue than the previous book, but it builds beautifully onto the story from the first book, taking us deeper into how the curse came about and why it’s necessary to break it.

Again, Kate Forsyth’s writing draws you into the story deeply and you don’t notice time passing while you’re turning pages. I love that we get a deeper sense of worldbuilding – beyond the kingdom featured in the original book, now seeing something of the greater realm. Again this story is complete and self-contained within the book, though it’s clear it leads on from the first, and that there remains more story left untold for the third book. I picked this up directly after finishing the first book, and similarly couldn’t put it down. 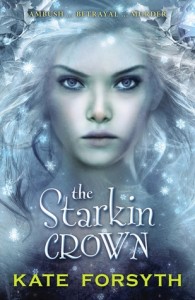 Prince Peregrine, rightful heir to the starkin and wildkin crowns, longs for adventure. But Vernisha the Vile, who seized the starkin throne, seeks to destroy Peregrine, his family, and all the wildkin of Ziva.

With Stormlinn Castle under attack, Peregrine flees with his best friend, Jack, and Lady Grizelda – a starkin girl. Together they seek the Spear of the Storm King – the long-lost weapon which, it is prophesied, will destroy the starkin throne.

Prince Peregrine in this seemed somehow much younger than the other children in the previous books, he seems more innocent and naive. That said, he has a health condition and his parents and grandparents have all been through gruelling quests of their own, so their protectiveness for him makes sense. Nevertheless, destiny and prophecy have a habit of messing with the best of parental protectiveness and Peregrine ends up off on his own adventure.

I really love Molly as a character for her forthrightness and practicality. I found Grizelda an interesting character because I wanted to like her, wanted her to be ‘good’ and yet there was so much about her and her story that didn’t ring true, didn’t come about. This story doesn’t take place on as big a scale as the previous book, not in terms of place or distance. However, as far as ideas go it’s an escalation – the final part of the prophecy falls into place and the day will either be won or lost once and for all – that’s huge! Especially when it’s resting on the shoulders of sheltered children. And yet, they rise to the challenge beautifully and this is ultimately a very satisfying conclusion to the series.