Ever since I started my part time job I’ve been powering through podcasts like there’s no tomorrow, it’s been grand actually. I also have a plan for when I’m working less (and stop entirely) that involves long walks and podcasts; that too will be grand. I talked a while back about podcasts I’d fallen in love with – but that was all the way back in October. Time for an update! 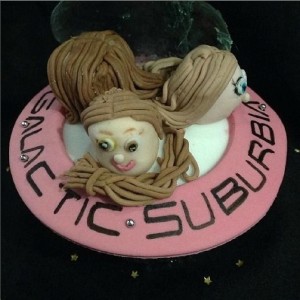 There’s a strange, wonderful thing that happens when you start listening to the back catalogue of a podcast that has been running as long as Galactic Suburbia has been. I started out listening to all of 2015, then I finished that and went back to 2014 and then just yesterday finished 2013. I love all the episodes and look forward to them every fortnight, but recently I particularly enjoyed episode #135, the Star Wars VII Spoilerific – it was glorious. What I noticed was the progression of conversation, the way certain topics resurface – but in a new light, for new reasons, and how conversations that were more recent draw on conversations from past episodes. The whole effect is like getting to appreciate the many layers of something and see them individually and as a whole. It’s been rather marvellous I have to say.

I’ve never really been focused on reading from the same year of publication or for awards (my own experience of awards related organisation broke me for quite a long time, much longer than I’d have thought, I’m hoping that’s mostly done with). Until last year that is where I started to get the idea of what that excitement of reading in the year of publication was. Very possibly I’ll read more books published in 2016 in 2016 than I’ve achieved in any other year! I’ve also managed to go back and fill gaps on previous award shortlists and winners that I’m interested in – taking advantage of the time passed, recommendations given and reviews posted. I’m reaping the rewards from this massively. 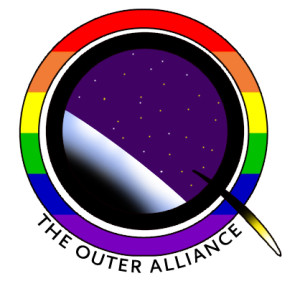 I’ve been exploring Tor.com lately and this is one of the things I discovered, my plan is  mainly to listen to the episodes with guests who sound interesting, or who I admire or who are on my reading list. I’m not certain if this podcast has ended or is on hiatus (or something else), entirely. However, so far I’ve listened to episode #50 talking about Glittership with Keffy Kehrli and that’s another on my list of things to look up and try. I also listened to episode #47, an interview with Susan Jane Bigelow – who is on my to-read list thanks to Fangirl Happy Hour. Those were minutes of listening well spent, I loved friendly style of Julia’s interviewing and am especially supportive of her idea that there should be more space cats. I definitely added more to my reading list, such as (Angel in the Attic by Rebecca Tregaron) from this podcast and look forward to listening to more past episodes in the catalogue.

Also from Tor.com and on my ‘try this’ list for quite a while. Another one where to start off with, I’ll look particularly to listen to authors I admire or those who are on my to-read list. I listened to Midnight in Karachi and fell in love with Mahvesh Murad’s interviewing style and the intelligence and eloquence that are hallmarks of this podcast. So far, I’ve listened to episode #11 her interview with Genevieve Valentine (and added The Girls of the Kingfisher Club to my reading list), episode #13 and her interview with Nnedi Okorafor, episode #15 with Frances Hardinge, episode 17 with Naomi Novik, and episode 19 with Daniel José Older. Such awesome guests and interviews so far! 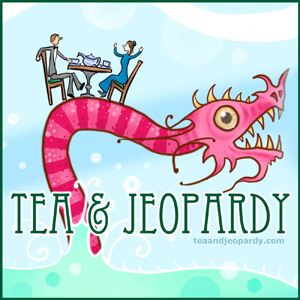 I also listened to a bunch of the back catalogue of Tea & Jeopardy because it’s short, sweet, thoroughly entertaining and light hearted. Also I was in the mood for a bit of a story which comes with this podcast. I listened to episode #3 with writer Paul Cornell, episode #4 with literary agent Jennifer Udden, and episode #5 with SFX editor Dave Bradley. I’m so charmed by this show. 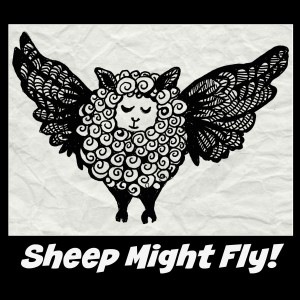 A new podcast! And a new favourite! First episode with Tansy Rayner Roberts reading her fiction starting with part 1 of Fake Geek Girl from Review of Australian Fiction, Volume 14, Issue 4. I am hooked!

This was my best podcast discovery of 2015 and I just keep wanting to hug it. Recent episodes I’ve listened to include episode #31 – High Five Awards 2015, episode #32 – No Fucks Given 2016 and the 2016 Hugo Season Quick Shot. I was getting all excited about participating in the Hugo Awards this year, but the exchange rate is so terrible that I can’t afford the supporting membership to enable that. Maybe next year instead. I’ve held off on episodes 33 and 34 because I have homework first. Namely, watching Jessica Jones and reading Binti by Nnedi Okorafor. Also have to decide how much I care about Agent Carter season 2 spoilers.

So that’s what I’ve been listening to! This isn’t all the podcasts I’m following, but it’s the ones I’ve listened to in the past week or so.  If you have any recommendations based on these that you think I’d particularly enjoy, let know in the comments 🙂