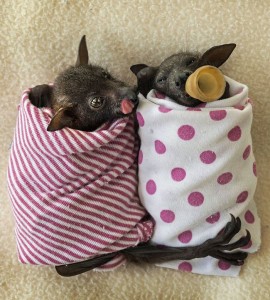 The Australian Human Rights Commission has been approached with a request to publicize an initiative of the Australian Homestay Network to provide short-term accommodation to asylum seekers who have been recently released from immigration detention.

The Commission has long called for a far greater use of community-based arrangements for asylum seekers pending the resolution of their protection claims.

Information regarding this initiative is provided below. Please consider forwarding it on to anyone who you think may be interested in providing accommodation support to asylum seekers as they transition to life in the community.

The Community Placement Network (CPN) offers interested people the opportunity to host an eligible asylum seeker in their home for a six-week period.  The program is designed to select and train people who are interested in assisting asylum seekers to support themselves in the Australian community.

The Community Placement Network (CPN) is an initiative of the Australian Homestay Network (AHN), to make short-term homestay accommodation accessible to asylum seekers exiting immigration detention on a bridging visa.

There has been much goodwill in the community over a number of years to support asylum seekers.  Members of the public interested to help by becoming a host may wish to visit the Community Placement Network (CPN) website (http://homestaynetwork.org/cpn) to apply and to find out more information.

An initiative that may be worth considering. My reaction to this is one of exasperated ‘well finally!’ appreciation. So often we privilege the financial considerations or constraints around ‘issues’ (and I don’t for a second consider people seeking asylum to be issues, but I’m well aware that they’ve been constructed as such). We forget about drawing on the human capital around us.

This isn’t to suggest that there aren’t financial constraints or impacts to be considered. However, they can be considered in conjunction with other factors. Like the divide between Australian citizens and people who are refugees and seeking asylum. An initiative like this has the potential to break down some of those barriers to people’s understanding, acceptance and welcoming of people.

Initiatives like this also have the benefit of assisting people in the forming ties with a new community, with settling into a (potential) new home country and may provide a counter to some of the hostility expressed and experienced by refugees and asylum seekers. Community is in part formed through shared experiences, or the sharing of experiences and this initiative has huge potential to capitalise on this.

I realise that my idealism toward a less racist and more open-hearted and more human-rights aware Australia is showing here, but I’m not ashamed that I’m motivated in that direction and I see this as potentially furthering a number of aims in those directions.

Would that my house were not already filled with people, pets and stuff… so in lieu of volunteering myself, though I’ll talk to the boys about it anyway, I will pass the word far and wide. I want this program to succeed and to grow.