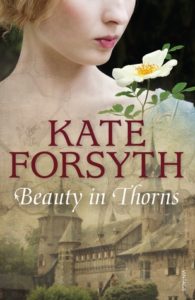 A spellbinding reimagining of ‘Sleeping Beauty’ set amongst the wild bohemian circle of Pre-Raphaelite artists and poets.

The Pre-Raphaelites were determined to liberate art and love from the shackles of convention.

Ned Burne-Jones had never had a painting lesson and his family wanted him to be a parson. Only young Georgie Macdonald – the daughter of a Methodist minister – understood. She put aside her own dreams to support him, only to be confronted by many years of gossip and scandal.

Dante Gabriel Rossetti was smitten with his favourite model, Lizzie Siddal. She wanted to be an artist herself, but was seduced by the irresistible lure of laudanum.

William Morris fell head-over-heels for a ‘stunner’ from the slums, Janey Burden. Discovered by Ned, married to William, she embarked on a passionate affair with Gabriel that led inexorably to tragedy.

Margot Burne-Jones had become her father’s muse. He painted her as Briar Rose, the focus of his most renowned series of paintings, based on the fairy-tale that haunted him all his life. Yet Margot longed to be awakened to love.

Bringing to life the dramatic true story of love, obsession and heartbreak that lies behind the Victorian era’s most famous paintings, Beauty in Thorns is the story of awakenings of all kinds.

An ARC of this book was provided by the publisher in exchange for an honest review.

The release of Beauty in Thorns is one that I’ve been looking forward to throughout 2017 and I’m delighted that I had the opportunity to read it for review ahead of its release. This book draws again on the historical background of fairy tales, not just their origins but also how those stories were used and told and celebrated throughout history. In that sense, Beauty in Thorns is unique in its retelling of Sleeping Beauty because it situates the story in amongst people using the story and celebrating it, rather than retelling the story of its origin. Beauty in Thorns is steeped in history and offers a window into the middle class where love, families, and being an Artist clash.

I found this a really enjoyable book to read, I fell into the prose immediately and enjoyed each page I turned, it was enjoyable and relaxing to read. Different than Forsyth’s previous book The Beast’s Garden which was a magnificent and necessarily uncomfortable read, I loved the pacing and how the story with all of the characters unfolded. There’s a drama to the storytelling that brings the characters and their motivations to life, from making the ‘right’ choice, to pursuit of one’s passion, the foibles and triumphs of love, of families and children and various achievements. I especially loved Forsyth’s focus on the lives of women in and how they influence and inspire aspects of history that are often accorded achievements of men. Often this is absent of the reality of the daily life setting which I feel makes the story and those achievements and aspirations all the more compelling. I was especially drawn into the yearning expressed by Lizzie and Georgie who wanted to pursue art for themselves and found it all but impossible.

Although this book is a gentle read, it does deal with difficult topics around mental illness, disordered eating, addiction, the loss of children, and the other realities of health in that era. The book deals respectfully with these topics as well as I am able to judge but I note this for anyone who would rather avoid them. However, that Forsyth does not shy away from these topics as part of the reality behind this re-imagining is part of what gives the narrative strength and depth, the characters lived for me and I laughed, loved, and mourned as they did.

I’ve long been a fan of Forsyth’s work, but with every new book there is something new and amazing to appreciate about her writing style and its evolution. I loved reading Beauty in Thorns, and would recommend it to anyone who enjoys historical fiction, or the contemporary retelling of fairy tales, especially one not based in fantasy.