This is the first of the interviews I conducted for Snapshot 2016 with the always lovely Sean Williams, reposted from the original over at the Australian SF Snapshot Project. #Snapshot2016. 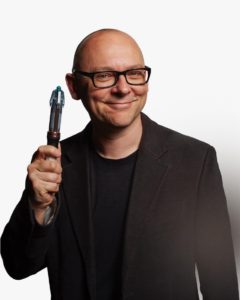 Sean Williams is an award-winning, #1 New York Times-bestselling author of over forty novels and one hundred stories, including some set in the Star Wars and Doctor Who universes, and some written with Garth Nix. He lives up the road from the Australia’s finest chocolate factory with his family and a pet plastic fish.

Although your Twinmaker series concluded with the release of ‘Fall/Hollowgirl’ last year, it looks like this universe still has a hold on you. Is there more to come from within the Twinmaker universe?

The Twinmaker universe, and the idea of the matter transmitter, definitely still has a tight grip on me. Apart from the fantasy landscape of The Stone Mage and the Sea, which I’ve returned to more than a dozen times, this is the world I’ve most visited, with four novels and over forty short stories so far, plus a PhD thesis to prove that I’m taking it all very seriously.

I have a couple of stories yet to come, and there are still ideas kicking around. One is to write a non-fiction book on the rise and fall and rise of the teleporter. If I could drop everything in order to do that, I would. Then I’d be done with it. Maybe.

Because, honestly, this has been obsession for more years than I care to count. The first “serious” story I ever wrote, i.e. thinking that I might actually have a shot at being a writer, was a matter transmitter story. That was in 1989. Going back even further to 1978, I wrote a mammoth epic, or so it seemed when I was eleven years old, and it too featured a matter transmitter. If anyone’s looking for recurring tropes in my work, this would be the one that stands out. I would justify this obsession by saying that it’s the ultimate science fiction trope, the one that allows an author to explore every imaginable idea, except for travel back in time (and hell, Michael Crichton used it to do even that). But really it’s because I think it’s cool … and the ideas it generates just keep on coming. 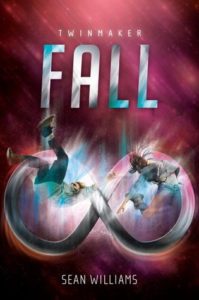 You’re well known for writing science fiction and dystopia, and I’m a particular fan of your fantasy work. Do you think you’ll continue to work across genres?

Most likely. I’ve always liked moving across genres and styles. It keeps me from getting stale–or so I tell myself. Maybe it’s really just to keep me from getting bored. One thing that’s stopped me from writing much horror lately is the feeling that, if I’ve played with a trope once, it’s time to move on. Of course, given the answer to the question above, some tropes comprehensively break that rule. I’ve also come back to some styles or worlds many times over, but only when I feel like I have something more to say about or with them.

Forthcoming projects include my first ever published 1st-person novel, my first mainstream novel, and my first medieval fantasy (co-written with Garth Nix). At the same time, I have a space opera novel kicking around, and I’m actively researching another book set in the world of the Books of the Change. Plus the non-fiction book on matter transmitters. So there’s lots of old and new stuff to keep me interested for a while yet.

In your blog you mention two YA novels that you’re writing. What is it that draws you to YA?

The first of the two YA novels is In My Mind, a first-person novel set in the present day that uses speculative elements to explore social anxiety and chronic pain; that’s sold in the US, and I’m editing it at the moment. The second is Impossible Music, a mainstream novel about deafness and music. It earned an Australia Council Grant (for which I’m incredibly grateful, times being tough) and is still in the research phase. Both are very personal novels, dealing with things that are very close to me, or things I have suffered myself (particularly In My Mind, which was difficult to write as a result). They’re topics I find easier to write about in YA because they speak to the age I was when I discovered/endured them in real life. More or less. These aren’t memoirs, but they do come from very intimate spaces that I don’t normally foreground in my fiction.

In general, I find a freshness, a vividness, a rawness, and an immediacy to YA fiction that is very appealing to me. As genre writer, and reader, I am drawn to stories that pull few punches in terms of plotting and characterisation. Themes, subtext and style are equally important, but I don’t want them foregrounded to the point where they seem to become the point, if that makes sense. Finding the right balance between the many facets of storytelling is one of the most challenging things about being a writer–and a reader as well. There’s nothing more rewarding than finally getting it right.

Justine Larbalestier’s My Sister Rosa, Jaclyn Moriarty’s The Colours of Madeleine series, Liane Moriarty’s The Husband’s Secret, Deb Biancotti’s Waking in Winter, Anna Smaill’sThe Chimes, Zeroes by the fabulous Westerfeld/Lanagan/Biancotti trio. I’m also going on a bit of an Elizabeth Knox binge lately; her Dreamhunter duet really hit the spot. (I’m conflating a couple of New Zealanders with the Australians here, but I figure it’s okay to be inclusive. Hopefully!)

I wish I’d met Robert Anton Wilson when he was alive, so I guess that’s my answer. It would be fair to say that his Schroedinger’s Cat books literally changed my life (more than Illuminatus! although he’s more famous for them). I was a teenager thinking thoughts that didn’t really fit into the box I was living in, and here was the guy writing about exactly those things, but with a sense of humour and wonder sorely lacking in the other pundits I’d stumbled across. He had a joyous knack of telling stories that underpinned everything he wrote. If I had the opportunity to hear some of those stories in person, I would take it in a flash.