Back in February I revealed that my theme for 2015 was Becoming. It was a thoughtful post – one I spent a week or two thinking on before writing because it was all about being in-between, in the middle, in process, a work in progress… how do you look at that? How do you embrace that? What does it look like if you’re setting up a year long enquiry on that?.

Reflecting on where I am at  half way through the year (just over), things are pretty well aligned with the goals I set out as part of my original post on Becoming. However, the year has been anything but smooth sailing – it’s been more like climbing a cliff with my bare hands, without a safety net. The year has been raw and intense, brutal in places. It’s also been wonderful in places too… but I’ve had to deliberately focus on that at times because it’s seemed a bit sparse.

Currently I’m at 29/75 books for my Goodreads Reading Challenge, 11 books behind schedule. I anticipate being able to catch up given that next semester’s schedule is much lighter given that I’m going to a half study load. Looking at the books I’ve read so far, nothing meets my goals for reading more diversely yet, so I need to make a plan around that because it’s an important part of my reading goals for this year. I’ve posted twice with regard to my academic reading, one on administration of blood products and one for assignment reading. So far I’ve done very little that’s been over and above what’s required by my units, but wow has it been an intense semester so I’m okay with this. I’ve read and reviewed one book for the Escape Club YA Bookclub, ‘Pawn’ by Aimee Carter.  I’ve also read 3/6 books I plan to for the Australian Women Writers Challenge, and I’ve written up reviews for all of them: Tara Sharp Series by Marianne Delacourt.

So far, so good as far as reading goes. Still a ways to go, particularly for some of the more important intentional goals.

I had a setback in that I wasn’t able to pass my prac this semester – which means I have to redo it next year, and that will extend my studies by a year. That’s the downside (and all the mess surrounding it). The upside is, a less intense schedule, the ability to study half time and concentrate on those units I am doing, which might also afford me the opportunity to actually do some paid work, which would make a huge difference to our tiny budget. I can say that I have done my very best at every moment. I’ve dedicated myself to connection, to woman-centred care and evaluating the evidence for practice, and I feel like even in just six months, I’ve come a long way. We’ve started looking at more complex pregnancy and birth, at ethical practice and what’s involved in that, there’s a lot to consider here. I’m still enjoying learning so much about the anatomy and physiology of humans, particularly around pregnancy, labour, birth and the postnatal period. There’s so many interesting changes that go on! I am still dedicated to doing this job I’m training for, I want to be the best midwife I can be.

Well! Cooking has continued and I’m still enjoying it a lot. Some days I will admit it’s a little like a chore and I struggle a bit more – but I’ve also tried to put in place things that combat that and make it easier. I’m still doing lots of easy weeknight type meals, this year has been so full on that I haven’t had much energy for more in depth special occasion cooking. Also, that tends to be beyond the budget more often than not. I still want to go through some of my cookbooks and do some concentrated cooking from them, but I’ve not really managed that yet.

One of my big wins has been doing more meal planning for a fortnight at a time – it’s been fun to plan out what I’d like to cook and some of the best results are in the savings on groceries which is fantastic! Also, it’s nice knowing I’ve already done a lot of the deciding and I just have to pick something from the list based on the stuff we have in the fridge/cupboard. I’ve blogged about the two proper meal plans I’ve done so far if you’re interested, one for a fortnight in May, one for this fortnight in July.

However, as far as achievements go, I have managed to get into the habit of regularly photographing my food I’ve cooked! My friend Pia is responsible for this as she sold me on Instagram (same username as usual) which I’d been avoiding. I love it! It’s so easy and I am loving it as a low key, low effort/engagement social network. Also it connects to all the other things and I love the easy sharing options.

I’m still making my own stock, due to make a batch of both chicken and beef stock – but the last time I made it was in January some time I think? Maybe December… So it’s lasted wonderfully! I’ve recently visited my friend Skud and been inspired by her home cooking and preserving endeavours, so I am hoping to try and gradually increase the amount of stuff I do in that area mindfully. Even if I only add one preserving effort this year, I’ll be happy – hopefully preserved lemons as they seem easy to do. As we speak I’m working on fermenting my own starter, and today I made bread again for the first time this year – a yeast bread because of the lack of sourdough starter, but it worked beautifully. 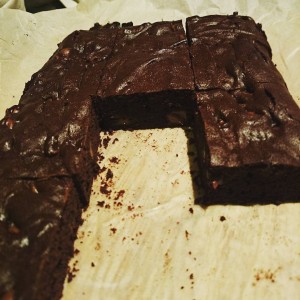 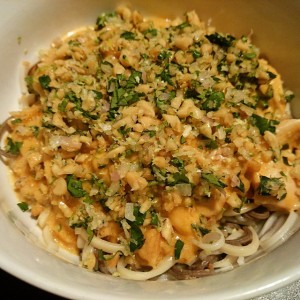 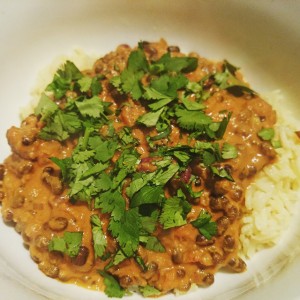 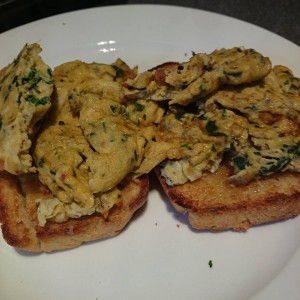 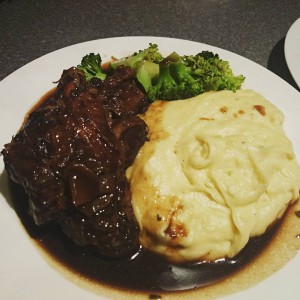 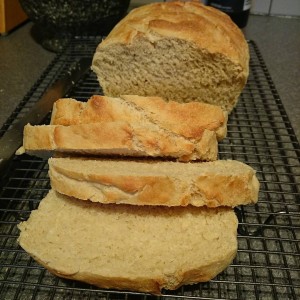 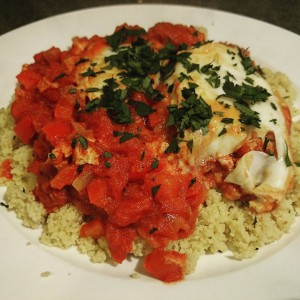 I’m still doing my ‘5 things about today’ posts, nearly 300! So close to doing a whole year of posts! I’ve managed to post a bit more regularly here, but not as much as I would have liked, I’d still like to do that more, but I’m not sure what that looks like. Work in progress and I’m happy with it.

The only thing that’s a bit up in the air is blogging about midwifery stuff, it’s been impressed upon us that we shouldn’t be talking about stuff generally speaking – the thought is that it’s too easy to say too much somehow. The problem is that… I don’t think secrecy about our profession does any good as far as community level health promotion goes and advocating for better practices and systems of support and care for people. How does that happen if no one knows what’s really going on, what’s there to be discussed, agreed and disagreed with? In any case, I’m feeling a bit concerned about discussing stuff critically so I’m not likely to do it for the moment.

License… it’s still something I have to do. The year has been so intense, there’s been so much that has happened and it’s been one thing after another. I will get this done. Urgh.

Job stuff is looking more positive though, especially given I’ll be studying half time from now on. I interviewed for a potential job a couple of weeks and I should hear soon if there’s work for me – I liked the organisation and it’s in the line of work I used to do so there’s potential for a decent income even at part time hours. Plus, getting to feel useful and like I’m contributing financially – a win for mental health and for our budget.

As far as being ‘me’ goes, I feel like this year hasn’t left me much room to do much more than… react I guess. I’ve been myself but it’s been a me largely under stress, or recovering or staving off crisis. Honestly it’s sucked even if I’ve managed to come through it intact so far.

I will say that one of the best things this year about being myself and getting to really feel at home in that was getting to go to Continuum 11. That was possible because of a dear friend of mine and words fail to express my gratitude. I got to see so many people I’ve missed so much! Spending time and soaking up amazing women being awesome at their stuff. Listening to them speak and admiring them, it was awesome. I played games, had conversations, got hugs, shared time and felt at home. For the first time I felt like Continuum was *my* convention – that’s been Swancon for so long and I’ve missed it so much. It’s welcome to me that the convention in my state now feels like ‘home’ to me.

I’ve been better at this so far this year. Even with things being kind of hard and stressful fairly constantly I’ve managed to be more social. I’ve hosted people for dinner and I’ve been better at making time to visit people I went to a party, and I spent a few days away with another friend who lives out of Melbourne. So it’s improving… well, sparingly. But I have worked at it, and I expect it will be a bit easier this coming semester, again because of studying half time. I’m hopeful.

Community stuff is still something I’d like to be better with but I’m still unsure how it will come about. I have made it to a couple of Poly Vic things and I will continue trying to do that. I am unsure about volunteering for this Continuum committee as I only know one person on there. but maybe that’s a reason to do so as well…  Greens stuff and CWA stuff is still attractive but might take more energy than I have to give at present so it’s a bit up in the air. Sometimes I wish I was a bit more like the people I admire who seem to have energy for All The Things. I do the best I can.

All in all, it’s been a hard year so far, one that’s been trying and has tested what little resilience I’ve had. I’m grateful for the people around me, for my partners, my friends, chosen family. I couldn’t get through all this without you and your time, care and quiet support means the world to me. I’ll get through this and I’ll get on top of things – you’ll see. I’m determined! In the meantime, not only will I continue to work hard on my study, but I will also concentrate on taking the best care of myself that I can, and building on things that add to the quality of my life – who I am and what I’m doing in the world.

I had thought that this year was about ‘becoming’ in the sense of becoming a midwife – but I actually think it’s more than that. I think that it’s ‘becoming’ also in the sense of who I am as a person and who I am growing into. That’s a both terrifying and exciting really but… I have faith in myself, fundamentally so I’m just going to see where this enquiry leads. Here’s to the rest of the year ahead, may it be gentler but remain a learning experience that is fulfilling, generous in all that lifts me up and sparing in further harsh lessons.