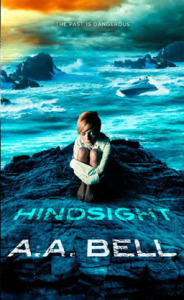 Mira Chambers has an infallible gift for solving mysteries … but using it comes with a price. Determined to regain her independence after ten years in orphanages and asylums, Mira leaps at the chance to help her friend, Bennet Chiron, an enigmatic ex-con who risked his life to save hers. Mira plans to investigate the murder-robbery that put him behind bars for six years in the hope of clearing his name. But people are turning up dead under bizarre circumstances, and Mira discovers that she′s being hunted by two old adversaries.

Layers of secrets are about to be ripped apart … is Mira the only one with a steep price to pay?

I spent most of the year reading this book; not because it wasn’t brilliant, but because it was. I wanted to savour it, wanted to take my time with it. I also found that it was heavy going if I was neck deep in study and anatomy, it’s not a light kind of read and I found it difficult to put down and pick up. The story is incredibly intricate, and it goes in some really unexpected directions.

I didn’t always appreciate the love triangle – but that’s no surprise for someone like me, though I did think it was overall handled well. I love that Mira got to make more friends. The mystery told in this book, as with the first is compelling – as is the overarching storyline that runs throughout the books. I was deeply saddened and surprised by the ending of this book, but that definitely has me wanting to read the next book to find out more.

This is book 2 of a series and it’s definitely rooted in the series – it doesn’t stand alone, but the story is more than filler, it is distinct. Mira grows and changes as she learns to trust herself having regained her freedom, though all the trials and tribulations though, she still stays true to herself. I really can’t wait to see what happens in book 3.

One thought on “AWWC14: Hindsight by A.A. Bell (Book 2 in the Mira Chambers series)”